Erick Thohir: Indonesia Has a Bright Future in the Electric Car Battery Industry Indonesia has the ambition to become a major player in the electric vehicle (EV) battery industry. The government considers that Indonesia has a bright future in the industry.

Minister of State-Owned Enterprises (BUMN), Erick Thohir, said cities in the future will not only use a lot of digital innovation. In addition, renewable energy will also be supported by the presence of more electric vehicles on the roads.

“We see a bright future for this thanks to Indonesia’s nickel resources as the main raw material in lithium batteries,” said Erick at the 2021 MNC Group Investor Forum on Wednesday (3/3/2021).

Seeing this great potential, according to Erick, the government will continue to invite global players to cooperate in the electric vehicle battery industry.

“We invite global cooperation in the battery industry such as CATL and LG to take part in the development of the Indonesian electric vehicle battery ecosystem,” he said.

Contemporary Amperex Technology (CATL) from China invested USD 5.2 billion, and LG USD 9.8 billion in Indonesia. Both are investing in the integrated battery industry.

In addition, the government is also open to collaborating with private companies in the country.

“We are also open to working with more private companies including domestic ones,” said Erick.

State-Owned Enterprises (BUMN) Minister Erick Thohir said his party would form a collaboration with state-owned companies to build a giant electric car battery (EV battery) factory in Indonesia. The three BUMNs will collaborate with companies from abroad to build factories.

“There is such a thing as an EV battery. What is the government’s policy so that it can be a producer in addition to being a market, one of which can be maintained by nickel. Do not want to send raw material abroad,” said Erick Thohir, Jakarta, Thursday (25/2).

“We are entrusted that PLN, Inalum, Pertamina will make a national battery company partner with CATL and LG,” explained Erick Thohir.

On this occasion, Erick Thohir said that commodities will also be the strength of the Indonesian economy going forward. Where the prices of various commodities such as coal, palm oil, rubber and cacao continue to increase.

“Don’t just release these commodities as usual. Value added must be increased, exports should be encouraged. Balance of exports and downstream. So that when commodities do not side with us, we can feel the added value,” he said. 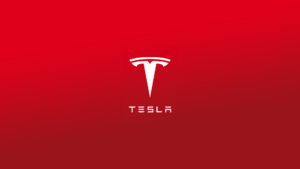 Tesla is rumored to be choosing India to invest in building an electric vehicle battery factory (EV battery). However, the Indonesian government is still negotiating to be able to attract Tesla to build an electric car industry in the country.

The Head of the Investment Coordinating Board (BKPM), Bahlil Lahadalia, is still optimistic that the government is able to attract Tesla into the country. Bahlil then shared his experience in persuading LG to invest in Indonesia.

“So if people negotiate business, deals, those are the ups and downs. The world is not over yet, don’t be pessimistic,” Bahlil exclaimed in a teleconference session, Wednesday (24/2/2021).

“This item is still going on. Same as me negotiating with LG, the ebb and flow is also high. One year later it is clear,” he said.

Bahlil said the negotiation process is currently being commanded by the Coordinating Minister for Maritime Affairs and Investment, Luhut Binsar Pandjaitan.

“But I want to convey this. This is still negotiable, no one will leave. If you leave, you will immediately leave, this is still a process,” he added.

He also asked for support so that Tesla could eventually invest in building an EV battery factory in Indonesia. Especially after Law (UU) Number 11 of 2020 concerning Job Creation (Job Creation Law) was successfully implemented.

“So, just pray for the best. And I can assure you that God willing, this Job Creation Law will create a better climate for our business development and then build a positive perception,” said Bahlil.